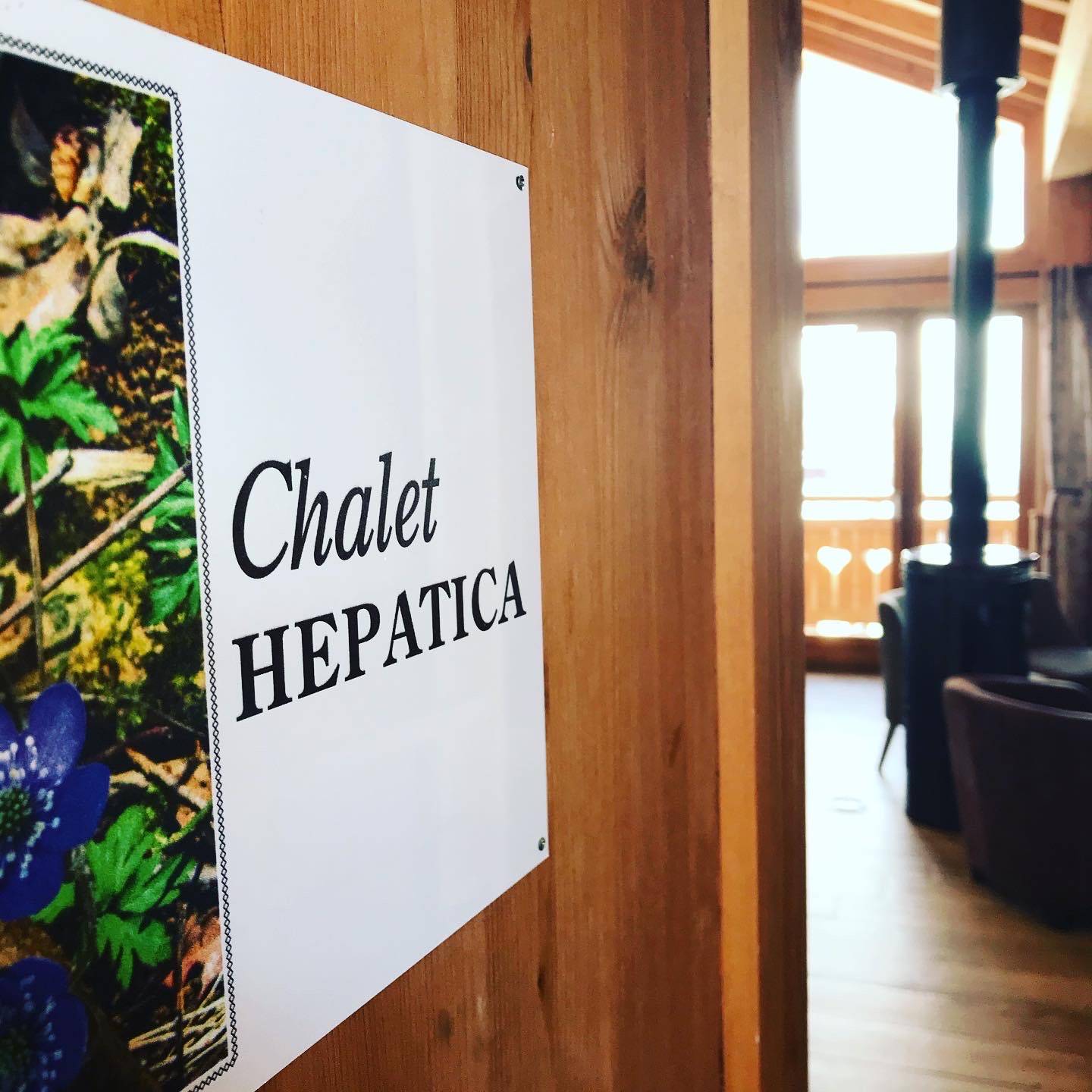 I’ll be honest, I chose Skiworld’s Chalet Hepatica because it was cheap. I booked just 10 days before departure, in late January, when the price had dropped from just over £1,200 per person to £575, which included flights, transfers, accommodation with breakfast, six evening meals, and afternoon tea every day. I thought it was a bargain.

Definitely. The chalet was almost perfect, situated only a short (although slightly precarious) stagger along a slope from the nearest ski run, it was modern, warm and comfortable. Our bedroom (one of 5 twin/doubles) was a little small, the bed linen was cheap (thin duvet, a piece of fluff for a pillow…) but it was perfectly fine for a week’s ski holiday and the bathroom was fab with a large walk-in shower, heated towel rail and, something that you don’t often get in ski resorts, it was well lit. Also, the room wasn’t baking hot, which is often the case in ski chalets – we barley noticed the underfloor heating but it kept the room at a nice temperature. 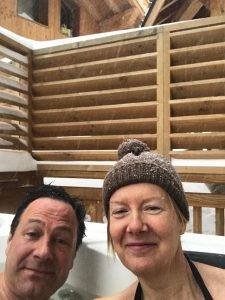 I should mention here though that the guests in the bedroom next to us, on the ground floor, complained about an awful smell from the drain in their shower. This was sorted out by the chalet host, after about 3 days, but I see from their Trustpilot reviews that it other guests have had the same problem.

Chalet Hepatica also has an outdoor hot-tub and an indoor sauna. I didn’t think we’d use either, they were ‘gimmicks’ I’d told my husband when we booked, but in fact we went in them both, several times. We just had to remember to turn the sauna on when they got back from skiing as it took a while to heat up. The hot tub on the other hand was always hot, hot, hot. (Sorry about the scary photo, that’s me and my hubby road-testing said hot-tub, in the snow)

The chalet had an open-plan dining/living/kitchen, which had large windows opening onto a balcony, overlooking the ski slopes, and a wood burner that guests could light themselves – although it took us several attempts to get a good fire going and the chalet staff didn’t seem to want to help, and I can’t say I blame them.

There was also a large ski room with boot warmers. Bliss, although it is outside the chalet, so you need to put outdoor shoes on to reach the boot room. 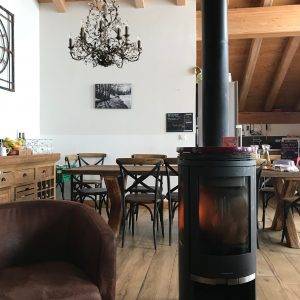 There was also a large ski room with boot warmers. Bliss, although it is outside the chalet, so you need to put outdoor shoes on to reach the boot room

What about the food?

Our chalet host Magda worked wonders with a tight budget. We started six out of seven mornings with porridge, cereal, croissants, bread and a full cooked breakfast – her spinach frittata was delish, as were her Mexican re-fried beans. On her day off, she left a cold buffet selection. In the afternoon she’d leave us a home-cooked cake and bread and jam for when we staggered in from skiing, and she served aperitifs and nibbles before a three-course evening meal, which was not haute cuisine but definitely better than home-cooking.

Free-flowing red, white and rosy wine was served with the evening meal  – and Magda left us with the bottles to finish off after dinner. I’d thought it would be cheap plonk, but it was actually pretty good. Good enough to polish off a few bottles anyway. 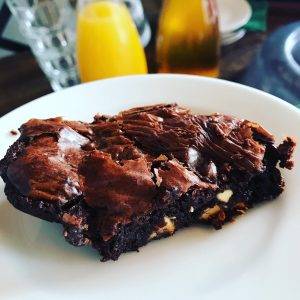 Here’s one of the brownies we came back to one afternoon, and trust me, it was tastier than it looks!

On the chalet staff’s night off, we had to fend for ourselves so headed to one of a small handful of local restaurants in La Plagne Soleil.

And the Skiworld chalet service?

Unlike other chalet companies I’ve travelled with, Skiworld chalet hosts don’t clean the bedrooms or make the beds every day in their standard chalets, although our bathroom was cleaned once, midweek. I actually prefer this, it means you don’t have to tidy up your own mess before you leave in the morning!

You could pay an extra €10 to have your towels changed midweek, but really, why bother, I don’t change my towels that often at home. Skiworld also offers bathroom and slipper hire for an extra €10, presumably for the sauna/hot tub, but we just wrapped ourselves in our towels and took flipflops, which worked fine.

Also, I spotted a notice on the ski room door offering an overnight ski/board waxing service – I wish I’d known that before I decided to leave my own skis at home because I thought it was be a faff getting them waxed in La Plagne!

What about getting there and back?

Our flights were from London (!) Stansted with Jet2.com (see my review here). The transfer from Grenoble to La Plagne was a tedious 3.5 hours, and, due to the fact that guests on our coach were staying at several different ‘villages’ we had to zig-zag up and down the mountain dropping them all off before we arrived at Plagne Soleil. With hindsight, I would have preferred to pay for a private transfer, although these can cost a fortune in the Alps.

On the way home, we left the resort at 11.45am and our chalet host provided us with a packed lunch, which was a nice, unexpected touch, I thought.

The location, our chalet host Magda, the hot tub and sauna and the food were all plus points.

The wifi was rubbish, you couldn’t guarantee a connection even if you sat next to the router! Also the long transfer, although this wasn’t really Ski World’s fault, a more expensive company might have provided individual minibuses to each village in La Plagne, rather than bunging everyone on one large coach, but I think, in this case, we got what we paid for!

Would I book with Skiworld again?

I absolutely would, but unless I had to travel during the busy weeks of Christmas, New Year, February half-term or Easter I’d hang on again for a last-minute discount as the full price is a bit steep I think.

Skiworld has more than 100 chalets in France, Austria and Switzerland, most of which it grades from 3-5 but it also has some Signature 5+ that come with a range of ‘extras’. Chalet Hepatica was graded 5. Other guests have told me that Skiworld’s grade 3 chalets are pretty basic, but they are cheaper. For its higher-end chalets, it’s published prices are comparable to Ski Total and only slightly cheaper than VIP Ski. I’ve travelled with both Ski Total and VIP and I think they’re a bit better, mainly because there’s a choice at meal times and a slightly better standard of service, but they don’t usually offer such deep last-minute discounts as Skiworld. 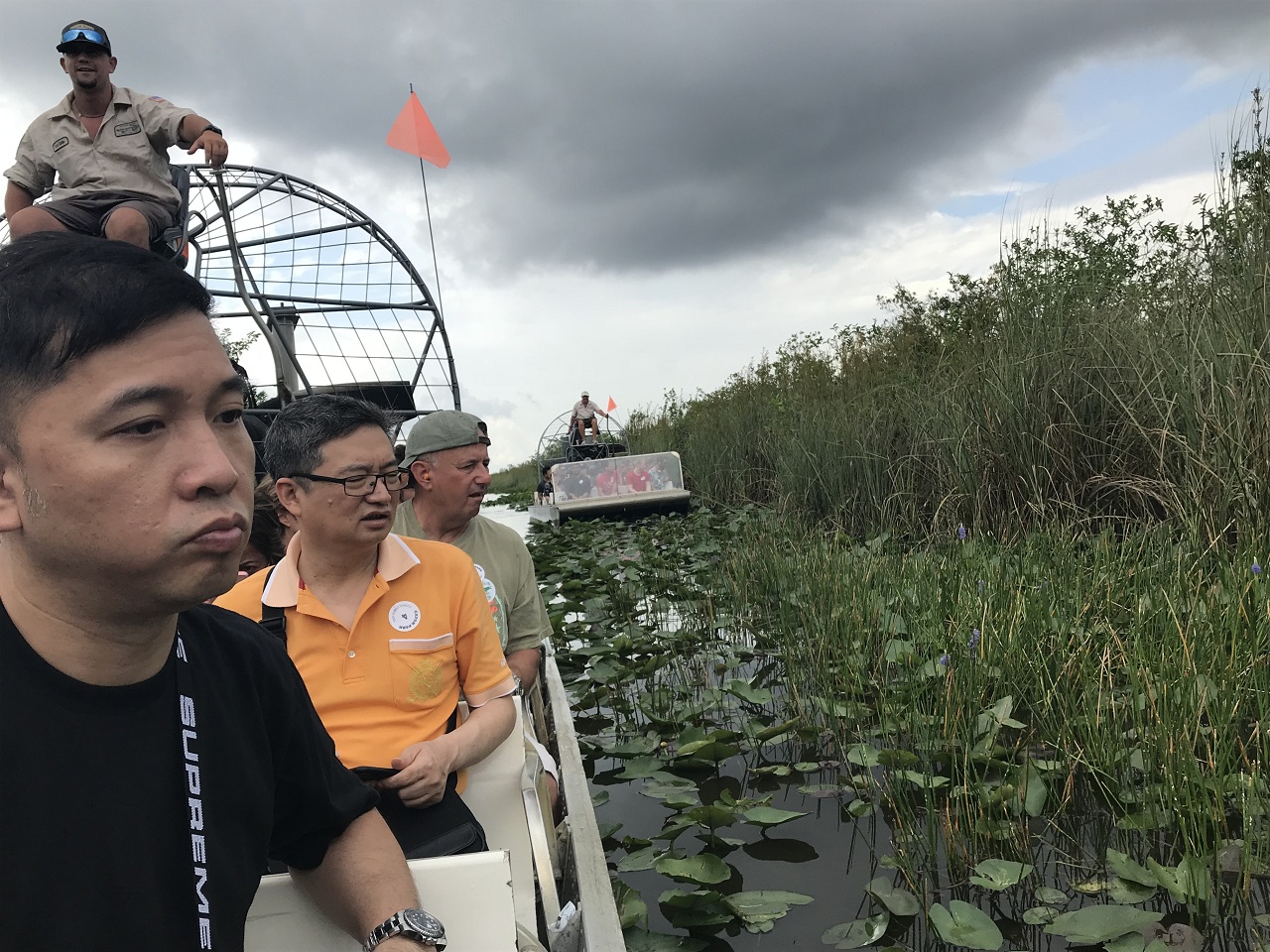 I fell into a tourist trap in…Miami 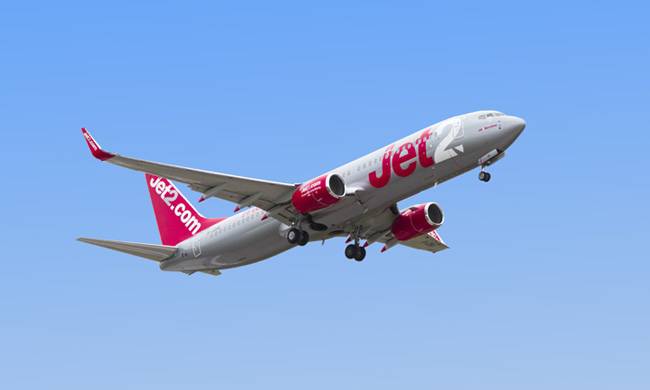 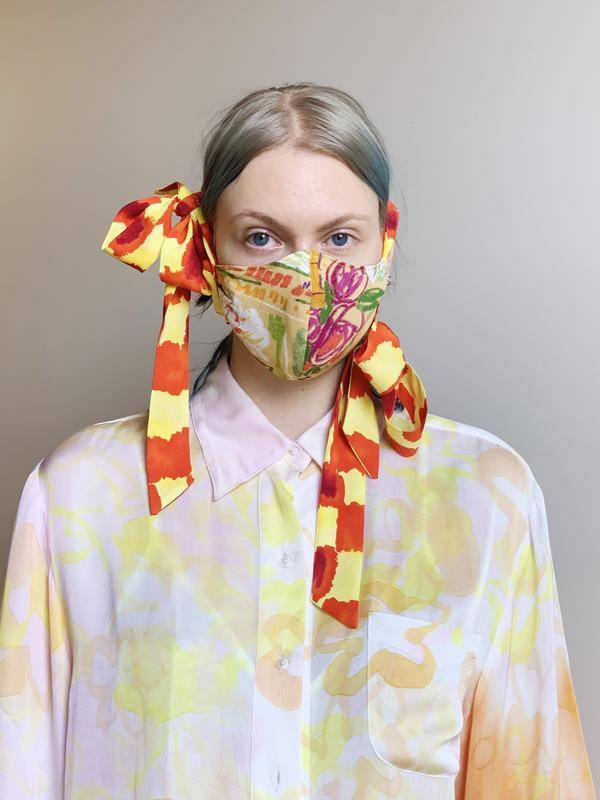 What we’ll ALL be wearing on our next flight 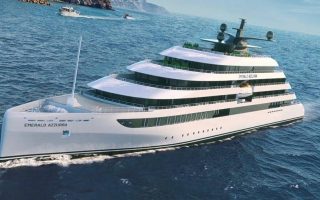 How Covid-19 will change cruising 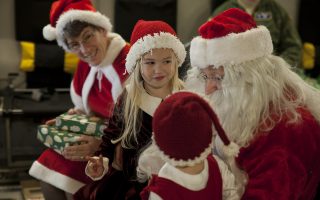 Santa’s Lapland: Is it worth the money? 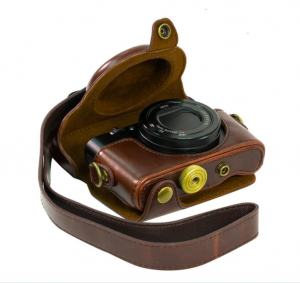